After a full day learning about the latest cloud innovations and networking, we will leave the virtual machines behind and rock the night away with the Royal Machines – an all-star line-up of hit-makers from some of the most popular bands of the last twenty years. They’ll be lighting-up the OnApp ConneXion Party.

Here’s some background on our incredible lineup 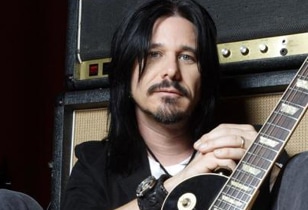 Gilbert “Gilby” Clarke played rhythm guitar for Guns N’ Roses starting in 1991 during the Use Your Illusion Tour – one of the longest concert tours in rock history (194 shows across 27 countries). He’s also played guitar with Slash’s Snakepit, Heart, Nancy Sinatra, MC5, and Kathy Valentine of the Go-Go’s. He’s also established himself as an impressive solo performer and formed his own group Rock Star Supernova with members of Metallica and Mötley Crüe. 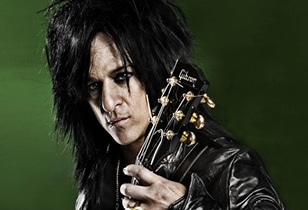 Steve Stevens is one of the top guitarists of the last three decades. If you ever saw a Billy Idol concert or music video, you probably saw Stevens shredding and slashing mad riffs for that rebel rocker. But he has made his name and guitar-playing fame across musical styles – from Spanish Flamenco to R&B with Michael Jackson – as an in-demand studio hired gun. Most recently he has starred in his own reality TV series on the E! network show “Married to Rock” with his wife, Josie. 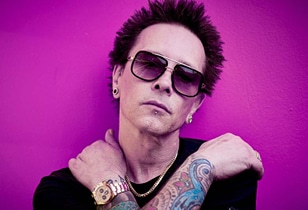 Billy Morrison is best known as Billy Idol’s guitarist. He’s also been a member of The Cult, Stimulator, Doheny, and Into a Circle, and fronted the hard rock band Circus Diablo. Morrison performs with other rock royalty in Royal Machines.
Beyond music, Morrison is also an accomplished visual artist whose work has been shown at Mann’s Chinese Theater  and one of his pieces sits in the US Senate. He’s called painting “a creative outlet that no one else is involved with–no managers, agents, band mates or unwarranted opinions! 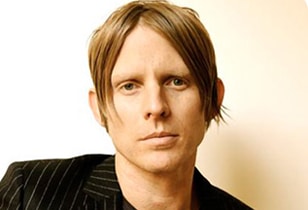 Chris Chaney is best known as bedrock bass-player for Alt-Rock mainstay Jane’s Addiction. But this journeyman of the rhythm section has toured with Alanis Morissette and recorded with an incredibly diverse range of musicians – from Joe Cocker and Cher to Shakira and Slash. In fact, Slash called him a “godsend” and “the best session player I know” which is among the biggest endorsements in all of rock. 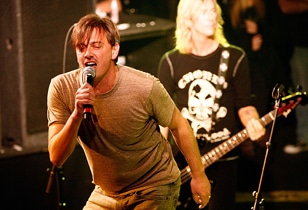 Donovan Jerome Leitch is the son of “Donovan” – the Scottish singer, songwriter, and guitarist who emerged from the British folk scene in the 1960’s. But the younger Donovan cut his own path to success as an model, actor, and documentary film-maker before launching into a music career as lead singer for the band Camp Freddy and as a founding member of the neo-glam group Nancy Boy with David Nesmth of The Monkeys. 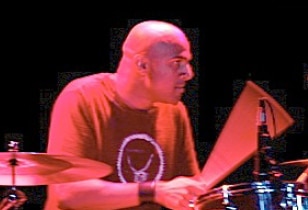 Erik Eldenius is a producer and session drummer, but this master of the back-beat knows how to groove on stage as leader of rhythm for artists like Cher, Jackson Browne and Anastasia, and, for the past few years Billy Idol. He started as a child, banging endlessly on pots and pans until his parents relented and got him his first drum kit … he has been rocking ever since. Erik was born in India, raised in Sweden, and lives now in the home town of kick-ass Rock-n-Roll – Los Angeles, California – where he has set up a studio temple to sticks and skins. 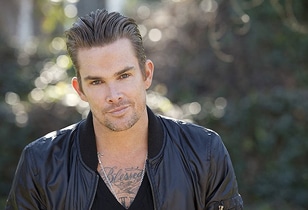 As lead singer for the band Sugar Ray, Mark McGrath stormed the airwaves with a string of international top-ten hits, including “Fly”, “Every Morning”, “When It’s Over”, and “Someday” – selling millions of records. And when he wasn’t setting the stage on fire he was warming the hearts of his female fans, being named “Sexiest Rocker” of 1998 by People Magazine.

The Royal Machines Rock WHD – Get this Playlist!

The Royal Machines have been stunning audiences since their first show in February 2014 at the Mayan Theater in LA. The star-studded lineup includes Steve Stevens, Gilby Clarke, Billy Morrison, Mark McGrath, Donovan Leitch, Josh Freese, Erik Eldenius, and Chris Chaney. These musicians and their bands have defined the sound of the past 20 years and more. The Royal Machines combines all this incredible talent to entertain fans at events across the globe.

WHD brings the world of hosting and cloud together for the largest industry event on the planet. But in addition to great sessions, demos and networking, it’s also famous for serving up world-class entertainment. And our Cloud Conference is going to be bigger and better than ever.

The best Cloud Conference in the World – CloudFest

REGISTER NOW for the BEST CLOUD FESTIVAL IN THE WORLD